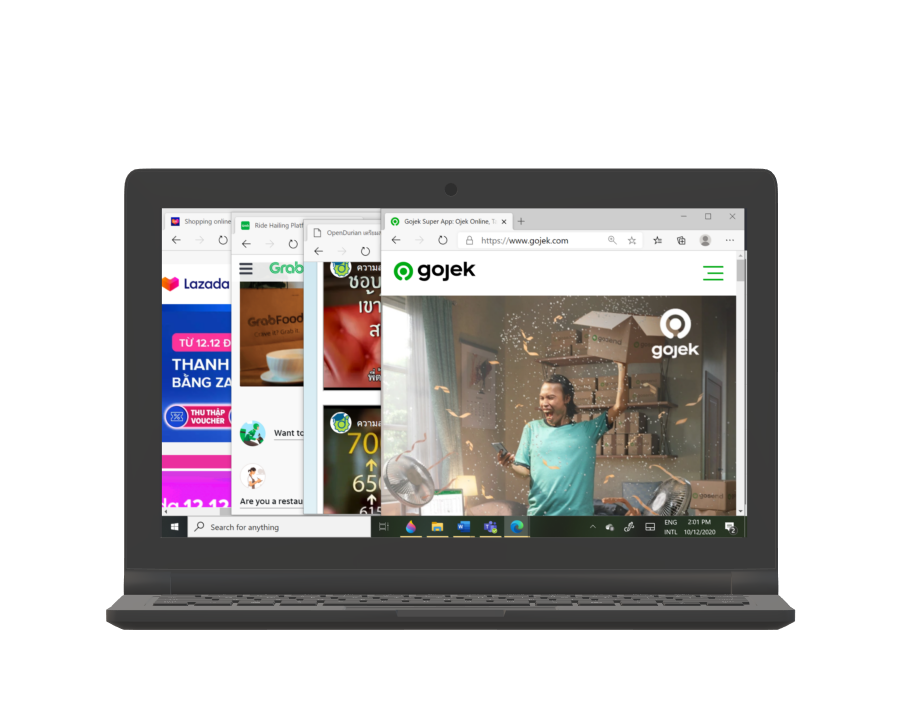 Research from Google, Temasek, and Bain estimates the internet economy in Southeast Asia to exceed $100 billion as more people use online services during the pandemic. Image credit: Liza Solano.

The internet economy in Southeast Asia is growing strong with more consumers and businesses going online during the pandemic. Policymakers see this as a springboard to reviving the overall economy. However, lack of digital skills in the region may hamper growth. Workers must reskill and upskill to fill new jobs in the digital economy.

The latest research report from Google, Temasek, and Bain sees the internet economy exceeding $100 billion in Southeast Asia in 2020 and moving toward $300 billion by 2025. Their research covers six countries: Indonesia, Malaysia, Philippines, Singapore, Thailand, and Viet Nam. The size of the economy is in terms of gross merchandise value (GMV) or the sum of goods sold through customer-to-customer platforms.

“New users are coming online at a blistering pace,” says Nuno Carrilho Neves, regional head of Strategy, Insights and Data for South East Asia Google. This year alone, 40 million people joined the internet, which increased the total number of users to 400 million or about 70% of the combined population of the six countries. For Indonesia, Malaysia, and Philippines, majority of new users are from non-metropolitan areas.

Speaking at a webinar organized by the Asian Development Bank in November, Neves says “COVID-19 led to an acceleration of digital consumption.” One in three digital service consumers started using the service because of the pandemic. Online education, groceries, and lending received the greatest number of new users.

“This new digital acceleration is sticky,” says Neves, with 94% of new users intending to continue with the service even after the pandemic. The adoption of digital finance also increased. The frequency of e-wallet transactions increased to an average of 25% from 18% before COVID-19, while cash payments declined to 37% of transactions from 48%.

Neves also notes that investments in the digital economy continues to grow particularly for budding sectors HealthTech and EdTech.

Not so for Indonesia according to recent reports. Its unicorns, such as Gojek, Tokopedia, and Bukalapak, have attracted investments from American tech giants Facebook, Google, and Microsoft. The country is the region’s biggest internet economy, which Google, Temasek, and Bain estimate to reach $44 billion in GMV this year.

The outlook for the internet economy may be rosy but the shortage of workers with the right skills may hold back its growth, says Neves. “There is an urgent need and opportunity to reskill and upskill workers so that they can find jobs in growing internet sectors amid the tough employment climate.” He urges stakeholders to work together to meet the growing demand for new skillsets.

A rapid assessment report on the impact of COVID-19 on livelihoods in Southeast Asia calls on policymakers to prioritize investments in human resources to “prepare the region’s citizens for productivity and flexibility in the future post-COVID-19 world.”

Conducted by the Association of Southeast Asian Nations (ASEAN) Secretariat and the Asia Foundation, the report says ASEAN member states should “refrain from reducing spending on education, training, and social protections for current and future workforces.” It recognizes the need to reskill and upskill people for the Fourth Industrial Revolution or Industry 4.0.